To Buy or Rent—Now That Is a Question 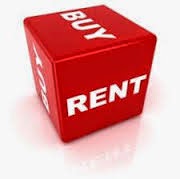 I remember when I was in my late twenties the one thing I wanted most was to own a home. My wife had always rented so she, while understanding, was somewhat ambivalent. I persisted and just after we turned thirty we bought our first home in… San Francisco. Yes, the small town on the west coast where home price are now totally and completely nuts. In fact the home we purchased in 1979 was recently sold for 11.66 times the price we paid—yes, totally insanity. (In fact, no improvements have been made to the house since we sold it in 1990, now that’s sad  on many levels.)

But we, like millions of other across the United States, have weathered the ups and downs and the vagaries of the housing marketplace and survived, and most have prospered. Much of our collective net worth is in that humble assembly of stick and stucco. Our hopeful retirement fund is not in some stack of bonds and stocks, but covered by a new composite roof. Such is the state of the financial world in the United States. Much of the rest of the world is confused by this American institution—considering that to pay rent is the norm—not home ownership.

So why aren’t home sales bursting through the roof? There are more potential buyers out there than at any time since the years following World War II. They are wealthier (or have access to family capital), they find that interest rates are incredible low (more than half what we paid in 1979), and depending on the region, reasonably priced.

Some say it’s the amount of debt that the under thirty crowd carries over from college. This may be true. Some say it’s the fear of what they and their families have just gone through during the Great Recession; this may also be true. And some say the culture has changed, ownership means being tied down, beholding to a bank and to sticks and bricks. This may also be true. My guess is it’s all of these and more.

There are changes in automobile ownership; reports are that some in the younger generation are opting out of buying a car. They rent one when they need one—other than that they take the bus or the train. For some this is a smart move—we all certainly know the costs of car ownership. In fact there is a growing trend of renting everything among the youth—thus reducing the baggage that we older types carry around with us. They may be into something here, but this also leads to not saving. And not saving leads to having little left at the end of the month and the end of the year, and most especially the start of retirement.

It is very hard to put your finger on the problem, as this Wall Street Journal article on renters pointed out yesterday. There it is stated that the real reason for not purchasing is lack of money (down payment), income, and debt. I’m shocked; in more than thirty years the reasons for not buying a home are exactly the same reasons we were faced with. Much of what happened in the Naughty Aughties when the government, banks, and builders foolishly messed with market forces and over built, over lended, and then over extended themselves and came very close to collapsing the economy, is now being averted. Steady pacing of construction, more prudent lending, more stringent controls for loan qualifications, and renting will do more to quite economic fears than any government program.