Get It Through Your Thick Head 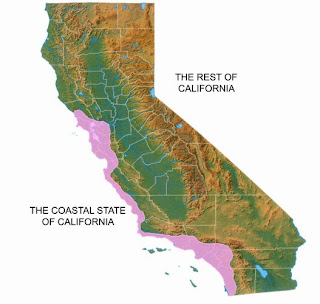 Fighting words, I know. Pejorative on so many levels. Insulting even, but that’s what we’ve come to. After reading great posts by Joel Kotkin, Wendell Cox, and some miscellaneous pieces in the WSJ, that support what I’ve been saying for the last few years about regulations and “Feeling Better About Ourselves” (FBAO) ordinances I have come to the sad conclusion we in California are doomed. Doomed like Illinois, Michigan and many other states.

But California is the worst offender because it is so correctable and obvious. It is the simple fact that state is controlled by those who wish to give away what others have earned. And when that runs out you end up with a Michigan and Detroit or an Illinois and Chicago. Sad but true, but FBAO.

California, when I emigrated back in 1971 from Illinois and Michigan, was the place to be. It was the greatest and coolest spot on earth with an endless coastline, bustling cities that were affordable, a sane politic, and an adventurous soul and an expectant population for its future.

There is no easy answer and yet I will try to give a small opinion, my own. One word comes to mind, self-satisfied. We no longer reach for the stars whether Hollywood or Vandenberg, we have become a creator of toys (IPads, Google, Facebook). We no longer dig in the soil for wealth (gold, silver, cotton, oil, and even lumber), we let George, or Juan, or Chin do it. We became a state of renters and preservers, even though our history is less than two centuries old. We became self-centered as well, FBAO. Sad.

The state is now striven in two. A coastal state that is no more than fifty miles wide, a coastal zone unaffordable to all but the richest and oldest (equity my dear, equity). A zone that does its best to restrict, shun, prevent, and obscure every attempt to grow and deal with changes to its population and economy. “Let Silicon Valley do it,” seems to be the most common hope. Even the Southland dreams of redemption in its own version called Silicon Beach. We are now just cute, not cutting edge.

And most of this is due to over-regulation and protectionism. In 1970 there wasn’t a Coastal Commission, Water Quality Control Board, Bay Conservation and Development Commission, Air Resources Board, affordable housing laws and agencies, waste management agencies, Environmental Impact Reports, and so many other agencies they bump into each other like teenagers at a Rave. And somehow we managed to built a great state. While the ordinances have done some good and in many cases a lot of good, they have also slowed the engine of the state to a dead stop crawl. When there are no expectations, no hope, entrepreneurs move on taking jobs and capital with them. I see Texas waving its flag on the horizon.

What is left is chaos. Drug labs hidden in derelict valley towns and dying orchards, an empty landscape where hundreds of thousands of acres of crops once grew, battles over how much water someone gets versus building greater and greater water supplies, a sad pleasure in returning to the native, and the belief that denser and denser urbanization is the future. FBAO.

We are squandering our resources and capital. Witness the battles over city and county land use boundaries that drive up housing costs, a high speed rail that will fly through counties desperate for jobs and growth, fracking that will produce thousands of jobs and billions for the state, new land laws (by coastal legislators) making Central Valley growth more costly and difficult, and the ongoing subsidies for coastal housing that tries to create affordable housing instead of expanding the overall housing count and thus making housing more expensive and unaffordable, and of course the omnipotent power of the public unions as we have seen in the BART strike. Much of this driven by entrenched political and cultural groups with specific agendas and a relentless and tightening grip on the state’s purse.

It is very hard to accept that at some point this state will run out of credit, it can’t print money (though it does try, by proxy, to sell bonds for its future), and it can only expand taxes on its people and businesses for so long. It will begin to lose those people it needs to retain. California will still grow but is it the type of growth that this state needs? I believe in demographics, but what kind of demographics is important. Education is paramount, so is affordable housing, and so are jobs. California desperately needs adult supervision, even though, I guess, the adults along Coastal California seem to like it the way it is and they of course FBAO. 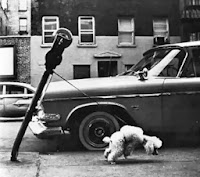 At the barbershop this morning there was an interesting discussion about parking meters and rates. Seem our little town has decided to go big time and now charges up to $2.00 an hour for the privilege of parking on our city streets. Of course this is denied by the city as a revenue generator, it is to insure an adequate turnover rate on the streets. Higher hourly rates equal more street parking. This is an old argument dating from the advent of the parking meter. The city wants you to use their parking garages (not the free ones at the adjacent mall). The prices at the garage are a little less and the machines more convenient (yeah, sure). The bottom line is the bottom line; it is about revenue, revenue to the city and the incredibly high parking fines (with surcharges) that are being stuck under your windshield. The more inconvenient you make something the greater the resistance to its use. There may be gains in the short run, but in the long run you will turn customers away. 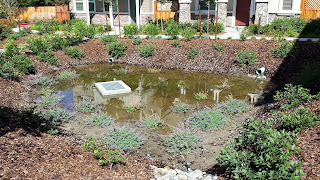 With the increase in agencies and their desperate need to justify themselves we planners and architects are at the cutting edge of their desire to make our planet cleaner. They can’t do it without us so they have to create ordinances and guidelines that make sure we toe the line. The most contentious issue (at the moment) is the statewide California water quality requirement of treating all surface runoff on site before it leaves the property and joins the rest of the region’s storm drainage (ditches, creeks, streams, rivers, etc.) This is done through the standard design of a fascinating treatment basin that requires all run off to pass through before leaving the site. For one small forty by forty foot basin in a multiunit residential property we are involved in we have had more than ten meetings to figure out how to make the residents happy. They claim these basins are 1) Unsightly, 2) Unsafe, 3) Dysfunctional, 4) Lower Property Values, and a myriad of other negatives that include contributing to West Nile disease and swamp fever. And that’s just the homeowners. The real issue will be when they discover how expensive they will be to maintain; they have no idea, yet. Besides the homeowner issues, they just plain do not work. They are designed to too close a tolerance and with any sort of 100 year storm will fail miserably and even dangerously. Will this state ordinance be repealed? Not a chance.

Will the government shut down cause the nascent housing market to fail? Really don’t know, the marketplace is a flexible beast and there will be work arounds to be sure. The sad part is the massive impact it will have to those desperately trying to buy or sell a home right now. The FHA controls far too much of the lending market, and we see with its current ‘shut down,’ this impact across the housing markets. A week may not make a difference, just look where we have been the last five years, but confidence is a sticky commodity in today’s world. If one public bank controlled as much of the lending market as the FHA the government would break them up. They did in telecommunications with AT&T, but I doubt they will do it to themselves. Maybe Canada with their far better banking system should get into our residential market. They certainly could do no worse.

Yesterday a Tesla car caught fire and the footage was on all the news stations. Their stock was down 7% at last check for a car that is exceptionally cool. Now I’ve gone after the electric car market for the past three years, mostly due to the government subsidies: Why should I pay $7,500 (and more) for some dilettante rich environmentalist’s $100,000 car? And I still believe that at any price for any electric vehicle. If the market is there they will sell. And they are beginning to sell. This whole thing with the fire will be fixed; the marketplace will absolutely demand it. If Elon Musk doesn’t fix it he’s toast (pun intended). And by the way when I fill my Volkswagen (22 gallons and an FHA loan) I have so much explosive power in that tank I don’t even want to think about it. The electric car catches fire and burns, true; but my SUV catches fire,  it explodes, and spreads the burning fuel across the pavement. Just saying.
BTW: The feds aren’t sending an investigating team to find out what really happened, they are off work due to the government shutdown. And how many teams did they send out when that rear end Pinto exploding thing happened back in the early 1970s? Just asking.