The End of Housing As We Knew It! 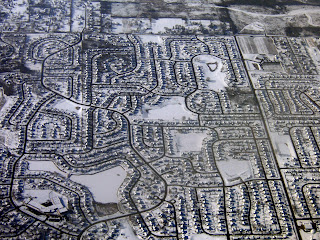 We are in the midst of a significant change in how we build our housing in the United States. Eighty-three years ago, and for fifteen years after that, almost no significant numbers of homes and apartments were built. There was a depression and a war, don’t you know? And those few homes built were done one or two at a time; the idea of large scale production housing wouldn’t seriously begin until the late 1940s and continue on through the rest of the twentieth century. Names like Bill Levitt, Eli Broad, and Phillip Kluztnick come to mind. They took Henry Ford’s idea of a production line and began to build housing the same way. Housing counts increased, prices (relatively) dropped; demand for housing during those fifteen years after the end of the WWII far exceeded the ability to supply. Housing prices climbed in concert with the growth of the economy and incomes.

From this the era came the big builders: Kaufman & Broad (Detroit, 1957), Pulte Homes (Bloomfield Hills, Michigan, 1950), Lennar (Miami, 1950s), Standard Pacific Homes (Irvine, 1960s), and currently the largest by homes sold, D.R. Horton (Fort Worth, 1978). Each morphed from a start-up small builder to the huge conglomerate with some now building apartments and even commercial and office space. They have extended their developments across America and into Europe.

In an article in the Wall Street Journal this week (ClickHere) headlines the all-important part capital plays in the building industry, who can get it, who can’t, and the result. The big boys in home building who can access the private capital markets are “gobbling” up the small entrepreneurial builders. Many of these small builders are grateful after hanging on by their nails through the past six years for the chance to either finally get out or have the financial backing to realize their dreams with partners like Toll Brothers. Some are lucky to even be alive.

The 10 largest publicly traded home builders have increased their share, since 2007, of the new home market by 6 percentage points to 30 percent. And I can only see this trend growing. The larger projects with hundreds of homes and hundreds of acres cost serious money, money most of the smaller home builders can’t access. Or the institutions are asking that a larger amount of capital be put in the deal, money the small builder needs to build the houses. The long term capital for the land is one thing, the contractors and subs putting up the houses want to be paid now – not later. The big boys can do this and in fact have developed their own construction teams using very different employment practices than the mom and pop shop.

What concerns me is this growing concentration of a fundamental part of the American economy in the hands of a few. Housing and its support through everything from appliances to furniture is a massive chunk of what makes this economy roll along. Look what happened when the housing bubble exploded – it nearly took down the world’s economy. And that was when there was a 24 percent concentration (and it was these same guys that over-built and over-sold, trapping families with future foreclosures). It was the quarterlies and stockholders that drove much of this overbuilding. No one said, “Hold on, is this right?” I know I was there.

And it was the politics. When the feds wanted a broader housing market that would eventually include many who shouldn’t own a home, it was the big builders they went to. They were more than glad to show their “political support” for the idea – with Freddie and Fannie guaranteeing the loans (i.e. us). And it was only these guys who could get the government to “refund some taxes paid during the boom years to offset losses during the housing crash. That policy, signed into law in 2008, gained the large public builders a combined $7.8 billion.” Wish I could have done that!

This concentration is as troubling as any concentration is in any industry. Things will begin to disappear like competition for buyers, higher quality construction, and diversity in design. Much will tend to get dumbed down and lost. And with the government involved through the growing influence of the federal guarantee programs (it now controls 70% of the mortgage market) and the purchasing of home loans, we will all be losers at some point. I am reminded of that every time I see pictures of Pruitt-Igoe and Cabrini Green housing projects. All well intentioned government housing programs doomed to failure from the first day. Big is not necessarily better and giant is worse. The marketplace demands accountability and this can only be achieved through competition – which is now being lost. When Henry Ford said that you can have any color as long as it’s black – he controlled the automobile market. After WWII, less than thirty years later, Ford hovered in bankruptcy; arrogance is a tough market to satisfy.

It’s my belief that we are headed toward a dark place in housing. Governmental demands and controls through energy (solar and lighting efficiency), materials (recyclable demands), densities (wrong type in wrong place), hookups (costly access to sewer and water), and price (loan guarantees and tax changes), will significantly add to the cost and the decline of the product’s quality. The single family house is on every environmentalist and bureaucrat’s hit list, the American dream is threatened. We will be the poorer for it.

The Mirth of Firth


Sometimes something just strikes me as strange and in fact bizzaro

strange, to wit urban art and sculpture in our world today. Most urban art is selected one of two ways, a benefactor or sponsor (builder/developer) is requested or required to provide a piece of art for a public venue on or near their property. This is a mild form of extortion where the public benefits with art and sometimes a bit of class. The other is where a public entity, such as a parks commission, wishes to place an art piece for the benefit of the public. Sometimes as a memorial or sometimes just for fun (there’s a big range here). Often these opportunities are very successful and well, some just leave you scratching your head.

It took almost fifty years to decide that a monument was required (actually approved) to memorialize the men and women who fought in WWII. Forty years to celebrate Martin Luther King’s life and commensurate periods of time for other honorees to be properly remembered with a statue or plaque. Often we rush to celebrate and just throw something up then wonder what all the hub-bub was about. We build roadside markers to celebrate the first log cabin at a cross-roads, the first settler’s farm, the first bank (now gone) on a corner in town, and even where some religious refugees first stepped on terra-Americana way back when. We just love the pomp and the chance to put a politician’s name on a plaque (in bronze, forever) and maybe capitalize by fleecing a few tourists.

I am a helpless romantic, ask my wife. I get teary over almost anything with a good storyline and great acting. As a writer I respect fellow scribblers who can bring a touch of dampness to my eye by just mixing the right words and characters. Even some hardcore thrillers can do this (but not many), but the best can be found in Jane Austin. I would suggest that more movies have been produced from her books (dozens) than just about any writer during the last two-hundred years. She defined the dream of romance, the finding of success, and a husband. “It is a truth universally acknowledged, that a single man in possession of a good fortune, must be in want of a wife.” Even now a tear comes.

But I digress. A great miniseries series pulled together by the BBC way back in 1995, brought Pride and Prejudice to life better than any other of the 10 movies and countess story adaptations made thus far. It also propelled a number of the actors to greater careers in British and American films and stage, and probably no more successfully than Colin Firth. His performances in any number of movies show his depth, style, good looks, and comic timing. From period pieces to modern dramas, the man (and his great head of hair and Academy Award) offers the audience someone they believe in and can trust and understand. But as Mr. Fitzwilliam Darcy he stole more than hearts and made more than a few men jealous. Dark, brooding, disheveled (the hair thing), brutish, honorable, horseman, good dresser, and marginal dancer, Mr. Firth pushes it all forward. I know, I know, where the devil am I going with all this?

Well it seems that someone in London has a thing for Mr. Darcy (Firth). One scene in the BBC production has Mr. Darcy-Firth (the Brits hyphenate everything), who after a hard ride from London, cools off in his estate’s fish pond at Pemberley. Rising like a British-god from the cool waters he accidentally meets Miss Elizabeth Bennet, the novel’s heroine, who is visiting the estate (i.e. tourist). Damn it’s still romantic even now during the 200th anniversary of the novel’s publication. But someone has literally gone overboard.
Sitting in the Serpentine Lake in London’s Hyde Park is a 12 foot tall fiberglass replica of that famous moment in film. “Creepy,” “Loch Ness Monsterish,” “the swan’s like it,” and other such verdicts have made it the talk of London.

Urban sculpture has to do a lot of things. Make a moment of enlightenment (celebratory), create something beautiful (subjective), honor a hero or event (objective), or satisfy a planning requirement (financial). Some do it all and others fail, and some quite delightfully make you scratch your head (Mr. Firth and that great head of hair).