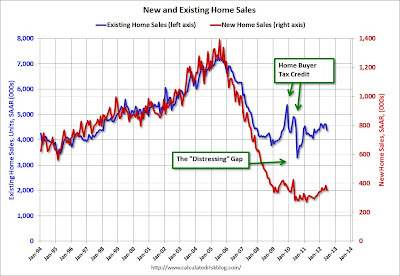 Are we up? Are we down? Are housing values increasing? Can you be optimistic about housing or do you want to pull the covers over your head? I pulled these out of my cache of stories from the last few weeks. Only a paranoid schizophrenic bi-polar manic-depressive economist would understand what’s going on.

Optimists Abound:
The good folks at RCLCO are almost always optimistic, that’s what they are paid to be. They do have a national eye on what’s happening in many layers of the building economy. So to start out this week, check out their current report by Charlie Hewlett (GO HERE).
At RCLCO, we remain confident that the U.S. economy and real estate markets are on a path towards a sustained recovery. And while there are certainly risk factors, the likelihood of the economy slipping back into recession is low in our view. We expect to see slow to moderate growth in the U.S. for the balance of this year and through 2014, with annual GDP growth in the 2% to 3% range.   Charlie Hewlett

Price Increases Gaining Momentum:
In the category of wishful thinking, Natalie Dolce posted this article on GlobeSt.com citing that RE/MAX believes the housing recovery is real. There are sellers markets in many places (I made this call a year ago) due to lack of quality properties and the inevitable problem of selling your home – seller’s market with problems selling a house? Much of this is due to a seller who is still underwater not wanting to take a loss – the prices have not climbed high enough yet to get out. There are some good charts here for the real nerds out there. (GO HERE)

CNBC Believes Otherwise:
While the above may make you happy, leave it to CNBC to throw water on the old campfire. Doom and gloom.
Sales of newly built homes fell hard in June, despite newfound optimism in the housing recovery, especially among the home builders themselves. Signed contracts to buy new homes fell 8.4 percent from the previous month, according to the U.S. Commerce Department, although they are still up 15 percent from a year ago. Sales levels are now at their lowest since January.    Diana Click

So you can have your cake and eat it too. (GO HERE)

On the Contrary:
But the folks at Calculated Risk take issue with this article by Bill McBride who says that the CNBC folks are just wrong, and he lays out his case here (GO HERE).

The bottom line, “Is the glass half empty, or is it half full. Stick your hand in and noodle it out.

Development and Capital - Where will it come from? 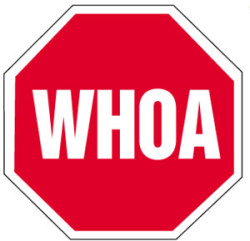 One of the more interesting and informative blogs that I read daily is the Casey Report. I recommend it to everyone, especially those in development and construction. We all live by capital and borrowed money. We all know what has happened since 2008 but in reality it started almost 30 years ago with cheap money (low interest rates). Sure there was the aberration of the late 1970s but we went back to our profligate ways very quickly and here we sit today, dangerously close to disaster.

I won't candy coat it, it can't be wished away. Capital is a requirement of capitalism, plain and simple. I found this excellent video done by the Casey people of an interview, just this week, with David Stockman, who was Regan's man at the US Office of Management and Budget. No clearer message can be made.

It is long, I realize that, but it must be seen and understand we are at a crossing point in our national economics. We must address these problems if our urban environment and our national growth is to be maintained. It won't be pretty.

Two very interesting articles regarding leadership, government, and cities crossed my desk in the last few days. One was a blog and the other a short video. In Rich Galen’s blog (GO HERE), he talks about closed systems within organizations and how they will eventually lead to trouble.

Within these systems, Rich says:
The danger of the Closed Circle Syndrome is that the same ideas get recycled being presented with different heading, in a different font, but containing nothing new.

Such is the case in many cities as one administration rolls into the next, often with many in the same positions that are/were threatened. So now back in place, under a new banner, the battles are refought with the same result, ineffective leadership. Even to the point of being defensive and secretive. Such is the plight of many of our cities today.

The quality of the leadership is so poor that one wonders how some cities will survive. In the city of Oakland, California the current administration seems to be absent as demonstrations, murders and shootings increase daily. In San Francisco the mayor is embroiled in a never ending legal tiff over the intent of the newly elected sheriff’s grab of his wife’s arm. Hundreds of thousands of dollars (taxpayer’s dollars) are being spent to save face. All while Rome burns.

I took issue with Richard Florida, the urbanist and cultural theorist, a few weeks ago over his Creative Class and its real or imagined impact on urban areas initiated by some comments by a reviewer. I still leave that for discussion. But I came across this video that adds to this conversation about mayors and their impact.

His most salient point, “Bad mayors do a lot more harm, to cities, than good mayors.” But how bad is bad, and how good is good? Is saving a sports franchise by building an expensive stadium a good idea or a bad idea? Ask Stockton, California (recently declared bankruptcy) why they spent millions building an event center that wasn’t needed and everyone knew it wasn’t needed. Or losing millions due to massive property value declines as a result of fear and flight. Or just plain dithering, as what seems to be the case in Oakland.

During these difficult times great urban leadership and management seems to be in short supply.
Posted by Gregory C. Randall at 9:34 AM No comments:

Is That A Meteor Heading for California?

No, it’s High-Speed Rail (HSR). Yesterday, July 5th, 2012 the California Assembly passed by a partisan vote of 51-27, the authorization to sell $4.5 billion in state bonds to finally get the HSR going. This begins the state’s ability to sell the 2008 voter approved bonds and also allocates another $1.9 billion for regional rail improvements in Northern and Southern California (which were just unashamedly bribes to the various assembly and senate districts). It is a shell game where Jerry Brown is pointing to the local issues making sure you don’t see what his other hand is doing.

Readers of this missive know quite well my standing on this whole concept of adults finally getting the train set their parents never let them have. Someday when this whole venture comes crashing down due to lack of riders, the massive subsidies, the high cost of electricity and maintenance, all these fine ladies and gentlemen will be long gone. The people of California just stand in awe of their legislature’s disconnection from reality. It’s nineteenth century technology for Pete’s sake, can’t we do better?

If you want to or have to spend the money in California why not where it will do the most good structurally and economically, think locally not regionally.

A mid San Francisco Bay bridge crossing from airport to airport that will eliminate substantial numbers of cars on the Bay Bridge and keep them out of the downtowns of Oakland and San Francisco. The Bay Area is shifting south and this would help traffic immensely as well as spur growth.

Build BART extensions to Tracy and Gilroy and add a new cross Bay connection on the bridge noted above.

Expand all major California airports with at least one new runway and multiple jet ports using the newest technologies for safety and air control. Expand urban rail connections to most of them. No matter how you dice it, air is faster than HSR.

Increase and support the advancement of high-speed automobile control systems that will utilize the existing freeway infrastructure. This is what Google is doing with its driverless car (GO HERE). I know it’s spooky but then again I still can’t believe that a 747 can get off the ground and end up in England 10 hours later, but I have faith every time I climb on board. Imagine low tech systems that use existing freeways where specific lanes are set to allow “rubber” tired low tech, natural gas powered buses and cars, to move around the state at higher speeds. Probably accomplished by a lot fewer dollars and paid for by the user through taxes on natural gas.

But then again a new train set is a lot more fun.