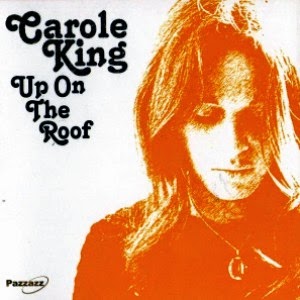 When I was a kid one of the most popular songs was Up On The Roof, by Gerry Goffin and Carole King. The Drifters released the best version of the song in 1962 – fifty-two years ago. For a kid in the Midwestern suburbs with absolutely no knowledge of urban living, I looked at the roof of my house and couldn’t understand any of it. Steeply pitched, shingled, I imagined trying to sit up there and “get away from the hustling crowd,”—whatever that was. Confusion until all was revealed in watching West Side Story – “So that’s what they meant!” by “up on the roof.” 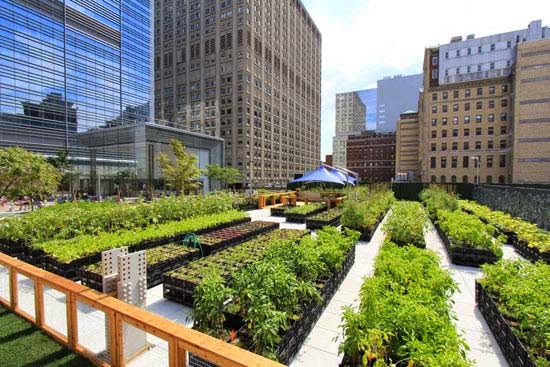 Roofs have been in the news a great deal during the last decade. One idea was to paint them white which would reduce the heating effects of the sun during summer. Another was to cover them with solar panels thus helping the planet and the building owners pocketbook at the same time (thought fire departments have great concerns over accessing a burning building and trying to get through hundreds of those aluminum panels).

The “Green Roof” movement also comes to mind; just put plants all over the roof and great saving will be yours and the planet will be protected. There have been reports of collapsing ceilings when planters freeze up and become incredibly heavy boxes of solid ice, so the savings become questionable if the structure of the building needs beefing up for that roof top garden. And don’t even mention the costs of maintenance. Plants will grow and will in time need to be replaced, a very expensive proposition.

But there is now an effort in dense urban areas to place greenhouse farms on these roofs. An aerial view of any major city shows hundreds of thousands of square feet of empty rooftops just waiting for entrepreneurial gardeners to seize the roof—so to speak.

What is driving these opportunities is the high-end value and quality of the agricultural products. Most restaurants demand the best produce and these rooftop farms, through their controlled environments, provide produce that exceeds traditional produce grown on old fashion truck farms. And when the costs of preparation, pest controls, and transportation come into the equation these operations begin to look better and better—and profitable.

As in any industry there is a learning curve, and as more employees learn the rooftop gardening trade they will seek out more roofs and expand the market.
Less water use, higher densities of planting, high-end organics, minimal or no pesticide use, the ability to use the building’s excess heat during winter, and provides an insulator during the summer and winter. Even more importantly food is grown within the market itself, sometimes as in the case of the Whole Foods Store in Brooklyn, that market is right down stairs.

What will change is that many future urban buildings will be built to use the rooftop as an integral component of the design. It is easy to imagine the vertical mixed-use project taking the final step of using the roof for agriculture. The new urban building could be retail on the ground floor, offices on the next three or floor floors, multiple residential floors, and a farm on the roof.