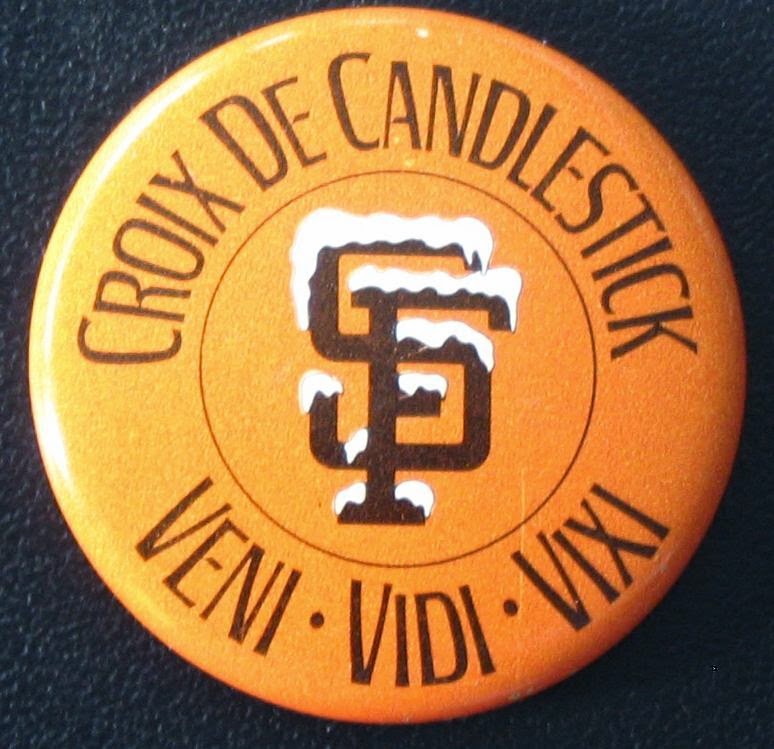 As a resident of Northern California for more than forty years I have had my fair share of earthquakes. In the seventies there were the usual 3.0s that left you wondering, “Did that just happen?” Then in the early eighties there where a couple of 5.0s that made my wife’s high-rise building sway, and the old office building I was in, rain dust on the drafting tables. Last Saturday at 3:21 I was awoken by the gentle but persistent shaking of our bed – for more than 10 seconds. I knew then that something big had happened, but where I wasn’t sure. I went back to sleep thinking of the tragic affects of the famous World Series earthquake of October 17, 1989.

It’s called the Loma Prieta earthquake (west of San Jose) because of where it all started that Tuesday evening at 5:04—but to all of us at the Bay Bridge World Series it will always be call the World Series Quake. It was game 3 of the series, the first game at home. My Giants were down two games to the Oakland Athletics (5-0, 5-1). We needed this home game to even stay with the powerful Athletics who had won 99 games that season. We needed more than hope; we needed a miracle.

The Giants had just finished a bruising series with the Cubs (4-1) to win the National League Championship. The fans were in heaven—finally a World Series in San Francisco. The venue was Candlestick Park, one of the most reviled ballparks in the National League. Cold, foggy, windy, poorly located, food stunk, and attendance for some years often was at the bottom of the league. They even gave out pins if you were brave enough to stay for an extra inning game, the Croix De Candlestick.

We had, over the series with the Padres and the Cubs, met many of the fans near our seats in the deck directly above third base. Good people, smart people, baseball people. Even the weather during the previous weeks (as is often the case in San Francisco in October) was just plain great.

As the fans piled in early for the game that Tuesday evening there was a palpable feel that this would turn around tonight. We would take the three home games then show Oakland our metal when we took the series on their ball field. The ballpark was festooned with all the usual red, white, and blue bunting. Since the league takes over for all the festivities there was a certain sense in the air that we weren’t in Candlestick, just a feeling, but it was like the atmosphere was different, the field looked different. Maybe it was all the cameras, the helicopters overhead, the suits on the field – something was different.

In minutes the “Battle of the Bay” would start, for baseball fans having their team in the World Series is every birthday, Christmas, and 4th of July they’ve had all rolled into one. Bags of souvenirs and trinkets were stuffed under the seat, the first beer was half gone, and the stands were filled well beyond capacity—it was a wonder. The game was to start at 5:35 – 8:35 in New York (which was asleep, this was not a TV demographers dream match, to say the least)

Then the shaking began. First more like a push, then a roll, then another push. The silence from 65,000 fans was loud. I still remember the eeriness of it. What the hell is going on? As the shaking eased everyone knew what had just happened—except the Easterners who hadn’t a clue. The whispers rose to a full-throated conversation, the crowd was into it now. “Yeah, this is San Francisco baseball. Get the game started. Play ball!” Then the power went out, no announcements could be made, then the big lights went out, no communication with the fans in the stadium. Only those with transistors radios had an idea of what was going on, and even that was sketchy since the broadcasting from the park was compromised by the loss of power.

From the row behind us someone issued a, “No shit.” The fellow had been our eyes for the last two weeks, he had faithfully brought his small battery operated TV so we could watch replays. “The Bay Bridge bridge collapsed, the city is burning,” was his next update. Helicopters flying over the park had fanned outward to survey what had happened after the quake hit. The first shots of the collapsed portion of the Bay Bridge and the fire in the Marina district were being broadcast around the world. The word spread through the crowd – people began to move quietly and orderly to the exits. It was time to go home – the game would wait. It would not resume for ten days.

Eventually the Giants were swept by the A’s, forcing many in the Bay Area, including family members, to come to grips with their loyalties and ball cap collections.

We survived; only one small teddy bear fell off a shelf in our San Francisco home’s living room. The next few days were eerie and strange. San Francisco was essentially closed, and would slowly awaken and get back together. The cost was in the tens of billions and it would take 24 years to replace the old unsafe Bay Bridge cantilever section.

Our hearts and thoughts go out to those in Vallejo and Napa who were victims of nature’s geological adjustment. We all know it could and will happen—but it’s more like a mugging than anything else.