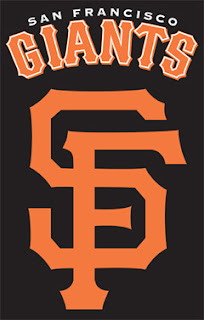 The state of California is in a terrible state. According to the last count only three people in the whole state completely understand the new budget, one is the Governor and he is having a difficult time explaining it to his constituents, the other two live alone and nobody knows who they are. For the past thirty years school initiatives passed as well as those for fast trains, highway expansions and save the universe bonds. Californians have grown weary of the state’s perpetual begging and badgering and no longer believe the politicians, teachers unions, environmentalists, and the news. This may be an electorate who says no to everything this year. “Governor, go pound sand.”

More than once I have pointed to the incredible number of associations, departments, commissions, and agencies that seem to proliferate at the state level. No department is immune. Many are at cross purposes, all cost money. And the streets still fall apart, kids can’t read, and more and more people are out of work.

This is not the blog to find answers; if I knew the answers I would bottle it and sell it on street corners (with a license of course, I’ve applied but still waiting). Besides no one listens anymore – it’s all shouting and finger-pointing, then when they lose, they go away and sulk. But they will return, bet on it.

Let’s just look at one example, the California Environmental Quality Act (CEQA for short). Forty years ago its goal was simple; analyze a proposed project so that all the major issues are set before a city council or county supervisors for a more educated approval or denial. If has morphed into a huge industry that fundamentally says to most developers “No way, no how.” Due to the volume of paperwork generated for even the smallest project, no one reads the reports, no one understands them, and what is more important, nothing gets done due to the potential for lawsuits. Even now litigation is built into the planning process. Not on the document itself but on “how” the document was produced, and its scope, and its facts. CEQA on CEQA.

Huge developments and projects (from residential to industrial) take years to evolve and get built, many go through economic shifts (like the last four years), they never turn out as they are planned. These projects become instantly out of sync with the approved Environmental Impact Report (EIR). Thus, is there any value in the document itself? What is its purpose then? Is it worth the costs? I can assure you that every nickel spent on an EIR is passed on to the consumer through higher and higher pricing.

It’s all about consultants and experts, in fact a whole industry - with little or no culpability - has grown serving these interests. To my point, just have the governor announce that CEQA should be thrown out and a newer and more streamlined process will instituted that quickly looks at a project and then allows it to move forward. Stand back, the screams from state agencies (water quality, traffic, etc.), Sierra Club and other environmental groups, as well as NIMBYs, NONONOs, and other special interests will cause deafness. The system is broken and BandAids won’t do the job.

The legal world just loves CEQA and EIRs. This process and these documents become so convoluted that only $500 an hour attorneys understand them, just get six in a room and listen to their opinions – none will agree. It is supposed to be a factual document, based on real science and real calculations, phooey. Much is opinion and speculation based on extrapolations the greatest computers couldn’t calculate. And if it is a “pet” project, they try circumvent the process, such as the High Speed Rail’s attempt to avoid CEQA and “speed” things up. Welcome to our side of the street.

It is now a process that is fundamentally structured to hobble or squash concepts and projects. Whether a new town, affordable housing, gas extraction, high speed rail, highways, and even solar projects – go figure. The defenders say that the courts have continually been fair and just when reviewing these claims. Now that is the problem in and of itself - if the process were fair and just, these documents should not have to be decided in court. Years of lost time and money are wasted in the courts.

Why do you think in this state “shovel ready projects” didn’t happen? The EIR wasn’t and it still isn’t finished.