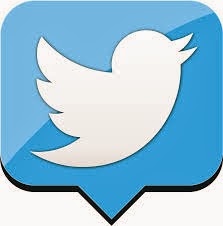 Well Twitter has gone and done it; in less than 140 characters it has made hundreds if not thousands of new millionaires this morning. I have no idea as to the internal workings of stock distributions and stock options offered to employees during the company’s growth but there are a lot of happy people who will be filling San Francisco bars and restaurants tonight. Tomorrow the Tesla showroom will be packed. And good for them.

To show the power of an IPO just look at San Francisco Mayor Ed Lee. He has already charged Twitter and its employees to give back to the city. He has his hand out and after all the help he gave Twitter to convince them that Market Street was the place to be he has a right to get something. This seven year old company has turned the communications industry on its head in mini-bites of knowledge, information, and self-promotion, one tweet at a time. Now it can do the same thing for the troubled urban core.

If there is one social issue that comes to the fore is that this company is an urban/city business. It can be said that most of the tech growth from the early days of Sun Microsystems and IBM and HP was and continues to be in the suburbs. Their business filled the large corporate parks that ring the big cities, Silicon Valley was a countryside of prune orchards and farmland, now paved with all the big names and most prominently Apple and HP. I even worked on these developments back in the 1980s; where the Apple mothership lives was once acres of fruit trees.

Twitter’s growth and its sense of itself seems to be a different model - they go for the city center. It even has the courage to put its Michigan office in the downtown of Detroit. And with the other tech brands along with Twitter also moving into the M@dison building on Broadway nothing ill can come from it.

Twitter leased their San Francisco space from Shorenstein Properties, it’s a 1937 eleven story Art Deco styled building in one of the nastier parts of the city. And it’s just a few blocks from city hall. Urban core property, tough neighborhood, BART station a block away, bums sleeping in the alleys, perfect. They hold a ten year lease; a lot can happen in ten years.

Already Spotify, Square, and Yammer have moved into this neighborhood. The city has branded it Central Market, offered tax incentives that exempt these new companies from the city’s onerous payroll taxes, and are pushing redevelopment with new apartment towers and other opportunities. There are new restaurants and other changes that are dramatically altering everything about this once bright center of the city more than seventy years ago. Change can be good.

Todd Rufo said, “You had a once vacant and blighted area that is now a gravitational center for some of the most innovative companies in the world.” He’s the director of the San Francisco Office of Economic and Workforce Development.

Once the ball begins to roll it gathers a lot more than moss, there are dramatic things waiting for San Francisco and Detroit. As these newly minted tech millionaire’s cash in (but they have to wait almost six months) they will do a lot more than change the character of a neighborhood. They are pushing up apartment rents to astronomical rates, homes sales (if you can find one) are stratospheric, even the price of a drink in the tonier bars is ridiculous. But that’s what happens with success and it is a lot better than peep shows, topless bars, drug deals, and pandering politicians.