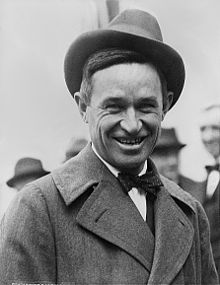 “Buy land, they ain’t making any more of the stuff.”
Will Rogers

Even with the inevitable and growing dearth of housing, one commodity is still in great supply around most cities, land. During the past twenty years every city that could expanded their supply of job-producing lands for everything from retail and commercial acreage to industrial, warehousing and office. Now there is zoned land everywhere for non-residential use and it’s forcing down land prices, all to their own competitive disadvantage. And sadly the jobs aren’t coming either.

Restrictions on housing development, especially in most areas of California’s 50 mile coastal strip, and the foreclosure crisis have pushed prices up and up. Foreclosures have led to higher prices simply because these units have been pulled out of the retail market and are now being rented. As with all things this is temporary but the result is a severe lack of housing and increasing prices. You mess with the demand-supply balance and that’s what you always get. Some builders I know in the Central Valley of California have not built one house in five years.

And that’s what’s happened to commercial real estate in all its various forms, oversupply. Commercial lands in foreclosure are being quietly peddled in bankruptcies at fifty cents on the dollar or even less. Along the freeways there are miles of land zoned as commercial/business/professional and they can’t give the land away at any price. Cities are left scratching their collective heads. There are bright spots such as San Francisco and some areas of the Silicon Valley – but other areas are begging for users and jobs.

Housing always leads, or it used to. More homes means more people resulting in more demand for commercial uses; that was the usual mantra. Now, not so much. Areas immediately to the east of the San Francisco Bay area are now, once again, beginning to supply low-cost housing to the job centers in the East Bay and Silicon Valley. Buy a nice house at a great price and receive, at no extra cost, a daily five hour commute regime. But you’re fortunate. A similar home in the San Jose are will cost you three or four times the price, and to be honest the internal commutes within Silicon Valley are almost just as bad.

We have overbuilt retail, we still have empty office buildings, and signs saying “Available” hang on empty warehouse buildings. Anyone want a million square foot warehouse? No, how about an enclosed shopping mall? Amazon is flying into the logistic centers that surround our major cities, demand secrecy, and then provide jobs at about 1 per 1000 square feet. Cities need four and five per 1000 to even come close to justifying the infrastructure costs. That rebalance won’t happen for a long time.

I see a lot of rezoning of commercial lands to residential in the future. One way or another, the costs of the infrastructure already in the ground will force cities to make these changes – someone has to pay for the bonds.

But the bright side is that these lands are a bank account that can be drawn on when the time is right. During the fifties and sixties a lot of development came from outliers who, like the sod-busters of the late nineteenth century, opened the way for the massive suburban growth and the spectacular rise of the American economy.

And I can see this again in America’s future – I’m hardly a Pollyanna, but when the time is right there will again be another dramatic shift to the suburbs.