The Warriors New San Francisco Arena
In the wild world of enclosed stadiums and event centers, San Francisco, with the help of the Golden State Warriors (perennial losers in the NBA) is in the beginning rounds of the ongoing war between franchised cities for sports teams. The Bay Area is rife with these battles. The 49ers are moving to Santa Clara, the A’s are trying to find a new home after messing with at least three small Bay Area cities, and now the Warriors. I have to admit the location is incredible and the interaction between the SF Giants spectacular and now 12 year old AT&T Park will be energizing. As an addition to the urban environment for more than just basketball it will be intense and I won’t have to go to San Jose to see Springsteen. Every Bay Area environmental group is mustering their troops. Here’s more to read (GO HERE)

Chinatown – Michigan Style
A Chinese group is planning a residential community near Ann Arbor, Michigan. It’s just 400 upscale homes for Chinese immigrants – key words upscale and immigrants. The rumors must be true that the upper crust of the new Chinese rich are planning to flee may be true. Here’s a great idea for many American cities, offer new communities for the Afgans, Persians, Iraqis, France when is collapses, and new Greektowns (Detroit already has one – with a casino). Like “New” England in the 1600s I can see New Spains, New Italys, and maybe even a New New England coming. I can just imagine the architectural styles. (GO HERE)

The Ongoing Housing Mashup
Here’s an article form Builder on the latest information on housing.
They say:
New-homes sales were up in April with a 3.3% gain over March’s figure and were 8.5% higher year-over-year for a seasonally adjusted annual rate of 343,000, according to data released today by the Department of Commerce. The improvement surpassed consensus expectations, which had pegged April’s number at 335,000.

Drill down to the sad fact that the projected growth is anemic by most standards; it will be a long time before housing becomes the engine that will drive us out of this current malaise. (GO HERE)

High Speed Rail to Nowhere
It doesn’t help your cause when you begin to call the opposition to your cause right-wingers. It’s sad when it reaches name calling (then again there’s been mud-slinging from both sides). The California High Speed Rail Blog (very, very, unofficial) starts out:
The right-wing initiative to kill the California high speed rail project was approved for circulation last week…..  (GO HERE)

Now is that any way to form a consensus, and when you review the comments, you’ll know why. Channel 4 NBC in LA has another take. (GO HERE).

And to make it work they will have to avoid many of those pesky environmental laws that we all have to suffer under. (GO HERE)

For the latest update in Wikipedia for the HSR (GO HERE) 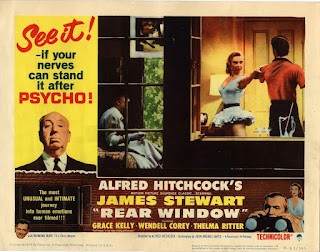 Hitchcock Redux
I was reviewing my Vimeo site and noticed that they had posted three of their top videos listed for awards, I recommend this one – it’s very cool and is a different take on the great suspense movie Rear Window.
Rear Window Timelapse (if you can download it)
Here’s the URL
https://vimeo.com/37120554

Stay Tuned and Have a Great Memorial Day
Posted by Gregory C. Randall at 4:16 PM