What is it with this love of listing the top ten anythings in America? I just don’t get it. I ran across an article this week (HERE) that listed the best cities for raising kids, because like a good transient American, once you have a few of the rug rabbits you will move just to make the little munchkins and your life better. I really doubt it.
Grand Rapids was listed as the best, now I’ve been to Grand Rapids and yes it is pleasant (I have relatives who lived there, once), but please. Is it the best place in the whole country for families? It sits in the middle of the one of the most depressed economic regions in the country with some of the highest taxes, highest unemployment (which I heard was improving), and winters that are well just - winter. The article justifies their rankings but I just wonder. The next two are Boise, Idaho and Provo, Utah (well out of most normal air and interstate highway connections), and both are urban islands in the middle of huge tracks of desert and are far removed from denser coastal areas.
Following Provo are Youngstown, Ohio and Raleigh, North Carolina. The article states if you want excitement go to New York or Chicago. If you want glitz and glamour go to Miami. But if you to get home early enough to see the kids (I think most commutes in these cities are three minutes), and the value of your home never collapsed due to the bubble – then again it didn’t go up with the bubble either, and if you like the quiet life when you retire because your kids have escaped to the big city, these towns are for you. And please comment below, can’t wait to hear your justifications.
CNN just posted today their 10 Fastest Growing US Cities:
With the exception of Austin and maybe Charlotte why would anyone uproot themselves to move to any of these places? And Las Vegas, it just beggars the mind.
But back to listing the five or ten Bests of Somethings (BOS). I have compiled my own list of city and urban top five’s, I tried to do ten but I was usually stumped after five, so here they are:
BOS towns for bagels: 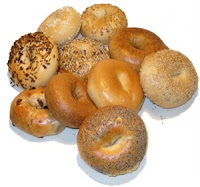 (do you see the common thread?)

BOS cities known for their reduction in front-yard lawns: 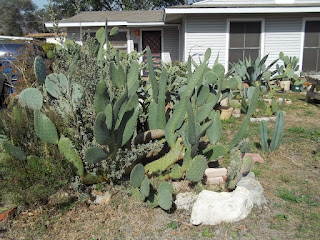 BOS  Five communities for peace and quiet (GO HERE)
BOS Cities with the best sidewalks:
(and why do most start with S?)

Not included:
Every week we are bombarded with these lists. Top ten: Billionaires, Cars, Cruise lines, restaurants, colleges, and many, many others. But there are Top Ten lists that can’t be compiled: Politicians, Porta-potties, Lotteries, and Cold Callers. You might think about your own top ten’s, worth a conversation over a glass of wine. BTW, what’s your favorite top ten wines?
Stay Tuned . . . .
Posted by Gregory C. Randall at 10:22 AM