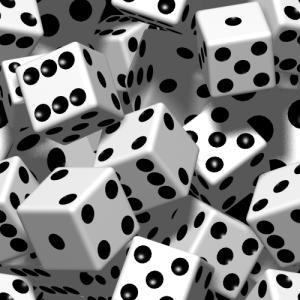 Is that a change in the business climate I smell? While generally trying to survive my fourth economic decline and/or disaster, I begin to look for signs of recovery. Not the usual evening guesses and speculations on the evening news and CNBC. (Remember they have hours to fill and would as gladly change their minds from one day to the next as change their hair styles.) No, I look for the most important aspect of a change in the trend of business, speculation.

By this I simply mean when developers go outside the norm and look beyond the next six months. In land development (a business that can make you old before your time, as well as very rich or very bankrupt) it is speculation that drives the market. A large project, whether a high rise or master planned community, can take a minimum of five years from inception to development. Sure, smaller projects can move more quickly, but in today’s regulated environment, a master planned community or even a dramatic high rise, has to bridge many cycles. It is the mad rush to stay within the timing of a particular market or at least try to open the project during better times that claim's success.

Example: My planning firm was in the middle of master planning at least twenty communities within California in 2006 and we had at least ten others in early conceptual stage. These totaled at least 50,000 residential units along with retail and commercial support. Only one of these developments has moved glacially forward, all the others were pure speculation, none survived. If there is one aspect about land use speculation that separates the weak hearted and weak minded is knowing when to pull the plug and not renew that option; when to shut the doors, fire the consultants, pack, and go to Hawaii. Some did, some didn’t. Some survived, most didn’t. Land speculation is not for the faint of heart or those with a short term view. It is a world of fools with deep pockets and endless optimism. As I said they are a rare sub-species.

That scent on the wind is the return of the speculators. And I don’t mean the high-speed rail people and the giant water tunnels under the Sacramento Delta crowd, or even the extensions of mass transit systems all driven by bonds and politics. What I mean is that small office in the back with a couple guys sitting around and sniffing the same change in the climate and saying, “Why not!”

These are people that you won’t find on the monthly business reports published by the government and dutifully analyzed on CNBC and Bloomberg. These people are below the radar spending small sums to hopefully garner big returns. They may be still holding options on large tracts of land (held tightly during the last five years) or they may be knocking on a farmer’s door this afternoon. They are the ones that can connect the dots.

These people are a strange lot. They see the future differently. They seem to be more immune to the foibles of the short term market place and in fact may not even care about the next six months. Their story is out there three or four years from now when the market comes back. They will be ready with entitled land and paved streets. They rolled the dice and didn’t look. It was the roll of the dice that excites them, not the dots. That’s why some of the poster kids for this sub-species are men like today’s Donald Trump and in the past, Del Webb. One of my favorites and most inventive was James Rouse who developed Columbia in Maryland and Faneuil Hall in Boston (along with other iconic communities).

Since the first development plans were drawn up by the Virginia Company in the early seventeenth century, speculation has driven the economy of the Colonies and the United States. It is found in the planning of Savannah, Georgia, the design of Llewellyn Park in West Orange, New Jersey, and in Riverside, Illinois.

They are picking up the dice and shaking them, the speculators are coming back.

By the way, in the upper left column is my thriller Toulouse 4 Death, is has been selected as a thriller finalist for the Global Ebook Awards. I will find out if I win tomorrow night in Santa Barbara, wish me luck - and buy the book, you'll love it!