It has been a while since I posted some urban videos, these are just a few of some very cool cities.

A very sublime Vancouver - one of my favorite cities.

In a city that never sleeps how did they do this?

Very obvious tourist production of trip to Dubai but:

and this one too:

http://www.youtube.com/watch?v=RSgdUVxNrbM
Posted by Gregory C. Randall at 3:55 PM No comments:

Within every major and even minor city a battle is underway between three bodies with specific agendas and very large political constituencies for control of the most important chunk of every community, its streets. The players in this very dangerous game are vehicles, bicycles and pedestrians. And there are no real winners. Reminds me of rocks, paper, and scissors, except for the part about people getting injured and killed.

Vehicles (buses, trucks, cars) own the road, due not entirely to the taxes paid to keep them up, but to the serious issue of two tons (and more) of steel versus 180 pounds of flesh and bone. Drivers want the roads to move quickly and efficiently, have minimal durations at stoplights, and broad spacious lanes. Crosswalks are for pedestrians not just pause and slide zones, we say we are courteous drivers, but we also prove daily that we are inattentive, rude, and in a hurry. Faster is better.

The bike industry (and it is one now both politically and physically) literally wants a piece of the road – for free. They are entitled to it (having paid in as drivers and tax payers), "where our bike lanes?" they demand. Where is our secured parking? We should have separate traffic rules for us and why not? We bicyclists are more concerned about the environment, our health, and our community. Give us eight feet, each side, and we will try not to scare the be-jesus out that 85-year old woman who is trying to pass us as she goes to her eye doctor, really we won't. And if the travel lanes are narrowed by a foot or two so what, it works in Europe!

And the poor pedestrian, the lowliest of the three is safe as long as they stay to their part of the universe, the sidewalk. There, hidden safely behind a row of parked cars, they can stroll, push a baby carriage, talk on their cell phones, enjoy their day – for about 200 feet. For our 85-year old woman that street crossing looks to be as wide as the Mississippi River and just as dangerous. For many it is both an issue of time and distance, how long it will take to cross and how far to the other side, and if can you say a whole rosary during the trip. There are also many injuries and deaths from bicyclists striking pedestrians, again safety first – and this is one is on the bicyclist.

Each participant demands priority, us first. But it also demands an increased level of responsibility. For the driver it's greater care, responsibly, and civility – there are enough battles going on, on the streets, between those who think the Fast and Furious movie franchise as the greatest series ever produced (and a lesson in city driving) and our 85-year old myopic driver. 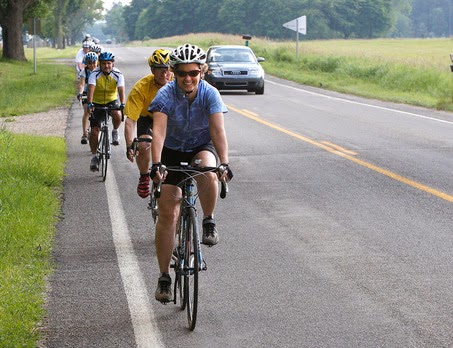 In my part of the world (Northern California) our prettier neighborhood arterials are taken over by spandex warriors (especially weekends) who think nothing of traveling in packs of 20 or 30 riders like rabid wolves looking for prey who spill out of their designated lanes and into the travel lanes demanding obedience – sorry there, got carried away, but just a little. We know who you are; you wear your colors like a psychedelic street gang with your tags plastered all over the back.

Suggestions:
Drivers must be more courteous and more aware, cell phones down (it's the law, or at least the intention), don’t slide through turns, watch the lights, and remember that that person standing on the corner will do something unexpected, think of your grandmother. In California, starting in September 2014, state law requires a vehicle driver to stay at least 3' away from a bicyclist – try that at 40 mph. And if your neighborhood arterial has become a defacto bikeway – you must slow to 15 miles per hour (won't this be fun) when passing.

Bicyclists should buy a license for their privilege of riding on public streets, a token amount say $25 per year. They can afford it, and I mean every bike. Register the model number (to be required by every manufacturer), enforce the surveillance and tickets, and demand financial participation. This money can be used for enhanced bike lanes and trails, better safety, and better tracking of stolen bikes. Most in the spandex set spend thousands on their bikes; this fee is just a pittance. I know there will be a self-righteous hue-and-cry, but suck it up. You want to play, you must participate. There can’t be a free ride in this.

For pedestrians watch what your doing and where you are – at all times. Where possible, cities should reduce the width of the crosswalks or lengthen the crossing times. And require, in some medians, fencing that will prevent the more bold (or stupid) from crossing mid-block.

In 2011, 17 pedestrians were killed in San Francisco and over 800 injured, some seriously. Whose fault? Each was different but in all cases steel beats flesh. 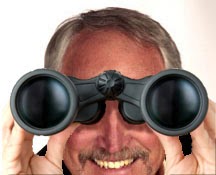